Visiting a museum is an enjoyable and educational way to spend time, both for individuals and as a family activity. But did you know that you can borrow passes for specific museums from the Library, just like you were checking out a book or dvd?

Visiting a museum is an enjoyable and educational way to spend time, both for individuals and as a family activity. But did you know that you can borrow passes for specific museums from the Library, just like you were checking out a book or dvd?

The Library currently owns membership passes to 9 different museums, both local and in New York City, which Cold Spring Harbor Library cardholders may borrow. Only one patron can check out a particular pass at a time – i.e., these are not entrance tickets being distributed, but a single pass that is borrowed and must be returned. Each museum pass allows a group of between 4 and 6 people entrance to the museum – details vary according to each individual museum, so be sure to check! Patrons can check out a pass for up to three days, and passes may be reserved up to three months in advance. However, only one pass can be checked out OR reserved at a time, per family. 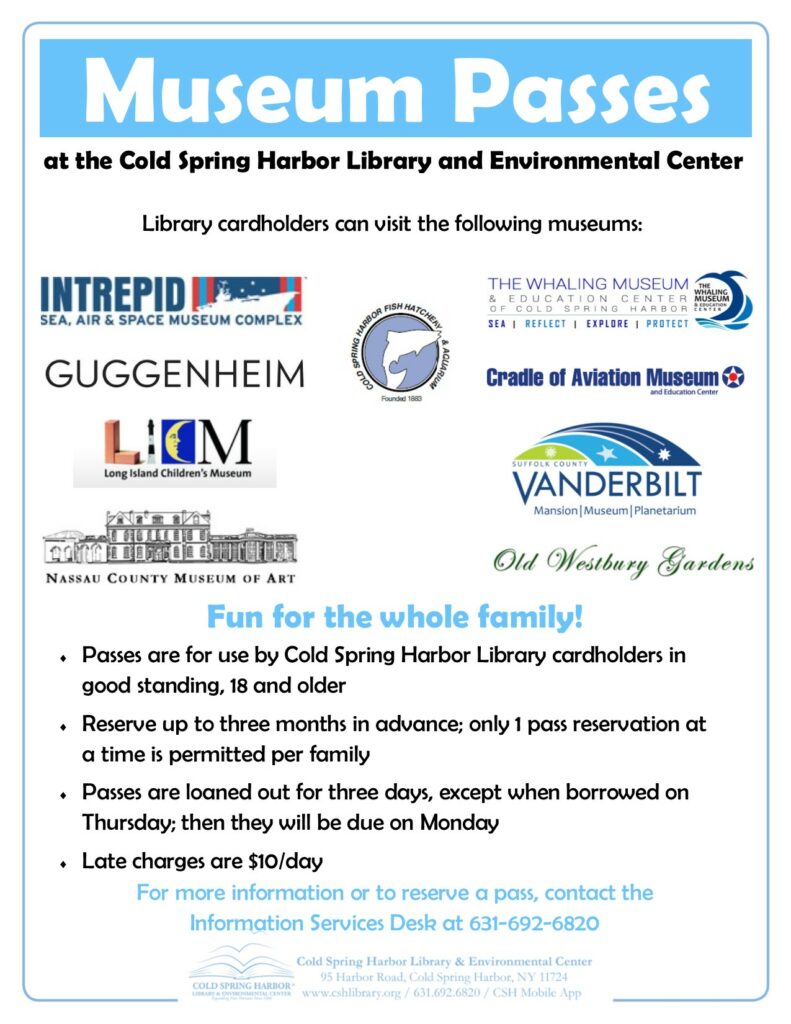 The museum passes currently owned by the CSH Library are:

For more information, including rules and restrictions, visit the Museum Passes page on our website.

Anyone who’s visited the Cold Spring Harbor Library has encountered the immense metallic sculpture welcoming them into the parking lot. But did you know that this statue, titled “Three Condors,” was created in 1967 by Hungarian-American artist George Gach?

Anyone who’s visited the Cold Spring Harbor Library has encountered the immense metallic sculpture welcoming them into the parking lot. But did you know that this statue, titled “Three Condors,” was created in 1967 by Hungarian-American artist George Gach?

Born in Budapest, George Gach (1909-1996), son of the eminent Hungarian sculptor Stephen Gach, relocated his family to Long Island in 1952. George devoted himself to painting, sculpting, and art instruction, creating over 1400 award-winning bronze sculptures and 997 paintings during his lifetime. His daughter, Susie Gach Peelle, remains a local painter and artist, and her work was recently featured in the Library’s art gallery. 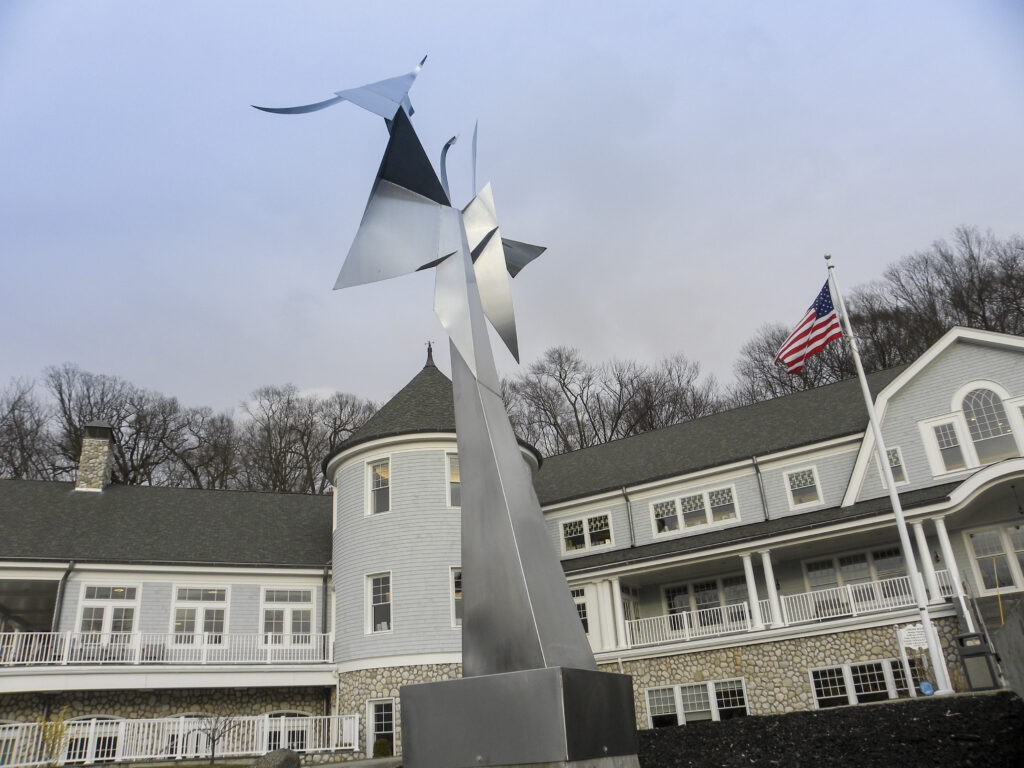 The sculpture “Three Condors” was commissioned by the Talve family almost fifty years ago for their company, Franklin Stainless Corporation. The stainless steel form represents the three brothers who founded the company, and was used as its corporate logo until 2008, when Franklin Stainless was sold. In 2011 the Talve family donated the piece to the Library, with a re-dedication ceremony held in April of the next year.

Did you know? The Library has an art gallery featuring works from local artists, which changes on a bi-monthly basis.

Did you know? The Library has an art gallery featuring works from local artists, which changes on a bi-monthly basis. Located on the Lower Level outside the Large Meeting Room, the gallery occupies the walls of the hallway and also flows into the Small Meeting Room.

Our gallery currently features the show “Double Vision” by local artist Susanne Corbelletta. Her Impressionist- and Classical Realist-inspired oil paintings include landscapes, still life, and abstract pieces, many of which highlight sites from around Cold Spring Harbor and Long Island.

In the spring, the gallery features artwork from the children of the Cold Spring Harbor School District, from elementary school through high school.

On your next visit to the Library, take a moment to visit the gallery and marvel at the amazing works of our talented local artists.

March is Women’s History Month, and we’d like to highlight some titles, nonfiction and fiction, that we’re super excited about.

Caravantes, Peggy. The Many Faces of Josephine Baker: Dancer, Singer, Activist, Spy. 2015. An in-depth portrait of the famous entertainer’s complex life discusses her impoverished childhood, rise to fame in Europe, espionage work for the French Resistance during World War II, and adoption of twelve children.

Casey, Susan. Women Heroes of the American Revolution: 20 Stories of Espionage, Sabotage, Defiance, and Rescue. 2015.
Susan Casey gives 20 remarkable girls and women the spotlight they deserve in this lively collection of biographical profiles. These women took action in many ways: as spies, soldiers, nurses, water carriers, fundraisers, writers, couriers, and more. Women Heroes of the American Revolution brings a fresh new perspective to their stories resulting from interviews with historians and with descendants of participants of the Revolution and features ample excerpts from primary source documents.

Conkling, Winifred. Passenger on the Pearl: The True Story of Emily Edmonson’s Flight from Slavery. 2015.
Documents the events of the 1848 escape attempt by Emily Edmonson on board the Pearl, discussing the contributions made by Harriet Beecher Stowe, Emily’s subsequent education, and her history-changing teaching career.

Cooper, Ilene. A Woman in the House (and Senate): How Women Came to the United States Congress, Broke Down Barriers, and Changed the Country. 2014.
Tracing the period between the women’s suffrage movement through the results of the 2012 election, a chronicle of women’s contributions to politics in the United States features archival photographs and portraits of such luminaries as Hattie Caraway, Patsy Mink and Shirley Chisholm.

Crowder, Melanie. Audacity. 2015.
A historical fiction novel in verse detailing the life of Clara Lemlich and her struggle for women’s labor rights in the early 20th century in New York.

Lepore, Jill. The Secret History of Wonder Woman. 2014.
A riveting work of historical detection revealing that the origin of one of the world’s most iconic superheroes hides within it a fascinating family story – and a crucial history of twentieth century feminism.

Petrash, Antonia. Long Island and the Woman Suffrage Movement. 2013.
A history of the suffrage movement and its important activists on Long Island.

On March 27, 2014 the Cold Spring Harbor Library & Environmental Center will be hosting a panel discussion, “Start the Conversation … Save a Life,” about substance-abuse awareness. Here is a list of local and national resources about drug abuse and addiction. All information is current as of March 8, 2014.

CASAColumbia
1 (212) 841-5200 – phones answered during normal business hours, Monday-Friday
CASAColumbia informs Americans of the economic and social costs of addiction and risky substance abuse and its impact on their lives; assesses what works in prevention, treatment and disease management; and encourages every individual and institution to take responsibility to reduce these health problems. CASAColumbia strives to provide health care providers, policymakers and individuals with the tools they need to succeed and to remove the stigma of addiction, replacing shame and despair with hope.

Centers for Disease Control and Prevention (CDC)
The CDC is the nation’s health protection agency, working 24/7 to protect America from health and safety threats, both foreign and domestic. The CDC conducts critical science and provides health information that protects our nation against expensive and dangerous health threats, and responds when these arise.

Life Center Counseling & Health Services
1 (631) 673-5433
When people’s lives are bombarded by a variety of external stressors, Life Center Counseling & Health Services is there to provide a safe and caring environment under one roof, where people can recognize their strengths and take an active role in creating positive changes for personal growth and overall wellness. The Life Center offers counseling, wellness services, workshops and classes in Huntington.

Narcotics Anonymous
NA World Services 1 (818) 773-9999
“Narcotics Anonymous offers recovery to addicts around the world. We focus on the disease of addiction rather than any particular drug. Our message is broad enough to attract addicts from any social class or nationality. When new members come to meetings, our sole interest is in their desire for freedom from active addiction and how we can be of help.” (It Works: How and Why, “Third Tradition”).

National Suicide and Prevention Lifeline
Skilled, trained counselors available 24/7 at 1 (800) 273-TALK    / 1 (800) 273-8255
If you feel you are in a crisis, whether or not you are thinking of suicide, please call the Lifeline. People have called the Lifeline for help with substance abuse, economic worries, relationship and family problems, sexual orientation, illness, getting over abuse, depression, mental and physical illness, and even loneliness. 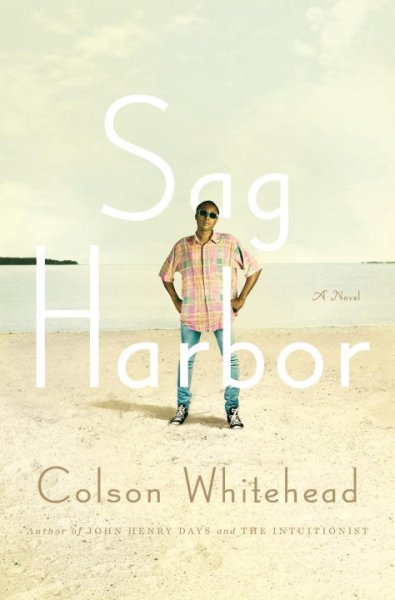 The Civil War plaque that is on permanent exhibit next to the Information Services Desk was researched for several months. Documents from the Local History Collection confirm that on June 7, 1912, at a meeting of the Cold Spring Harbor Village Improvement Society,  Mr. J.H.J. Stewart proposed to erect a memorial tablet to honor residents that enlisted during the Civil War.  For more information about the history of the plaque and to read the names that appear on it, please download the brochure.

WHEN can I get tickets? Talk to Miss Kate. Each library is being sent five tickets sometime in March.

Good luck and enjoy the festival!

Have you heard about our museum pass program? 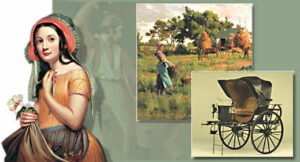 We have just added another museum to our collection: The Long Island Museum of American Art, History, and Carriages in scenic Stony Brook, one of a small select group of nationwide Smithsonian affiliates.

Enjoy art exhibitions that “bring to life the history and art of Long Island and their relation to American culture,” and visit the nation’s finest collection of horse-drawn carriages.

Call the Information Services Desk to reserve this new pass and head east for a trip back in time!